INTERNATIONAL FORUM «E – DEMOCRACY FOR CHANGES» WAS HELD IN VINNYTSIA

In Vinnytsia during 30th June – 1th July was held International forum «E – Democracy for changes». In general, on this event was around 100 pfrticipants from all over Ukraine, from Poland, Moldova, Netherlands and Sweden.

Vinnitsa is one of the leading cities in Ukraine on introduction of e-government, because it is in the winery launched an international forum, which aims to exchange experiences between business, government and NGOs on development and opportunities of e-democracy.

According to one of the organizers of the event, Executive Director of "Podolian Agency for Regional Development" Oleg Levchenko, one of the ideas of the forum is to discuss what has been done in this area at the state level, and, conversely, to hear the regions what they need what they are willing to work and, in general, which requires e-democracy. "In fact, democracy requires dialogue. You can not make electronic systems, electronic solutions, e-democracy, let the people in the regions - from those who are one of the main users, "- said Oleg Levchenko.

The event was held under the patronage of deputy of European parliament Michał Boni supported by the Charles Stewart Mott Foundation and the Swiss-Ukrainian program "E-governance for government accountability and community participation» EGAP. Among the partners of the forum - the State Agency for e-governance of Ukraine, Vinnytsia City Council, Reanimation  package of reform, civil network «OPORA» , iHUB Vinnytsia, Association of Cities of e-governance. 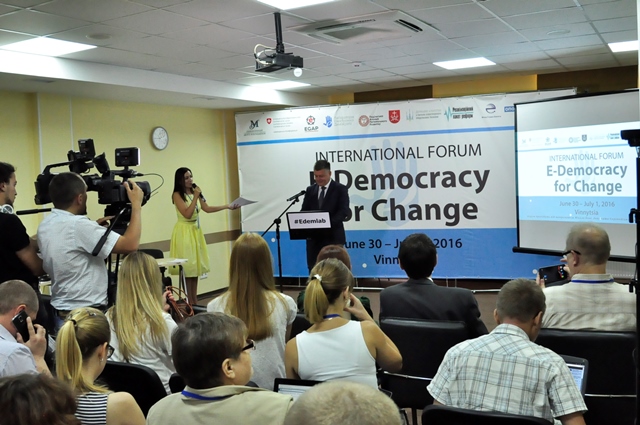 At the forum oponing took part secretary of the Vinnytsia City Council – Pavlo Yablonskiy, who said that for a long time the City Council is working on the introduction of modern local government, which would be convenient for residents. He said: "We are set up to create a partnership between residents and authorities. Today citizens of Vinnytsia can ask questions to government and industry departments, and, most importantly, that at some time they get answers and results for their treatment. Our city has become a leader in implementing e-government among the cities of Ukraine. We introduced technology that can make communication between authorities and citizens as transparent and accessible. " 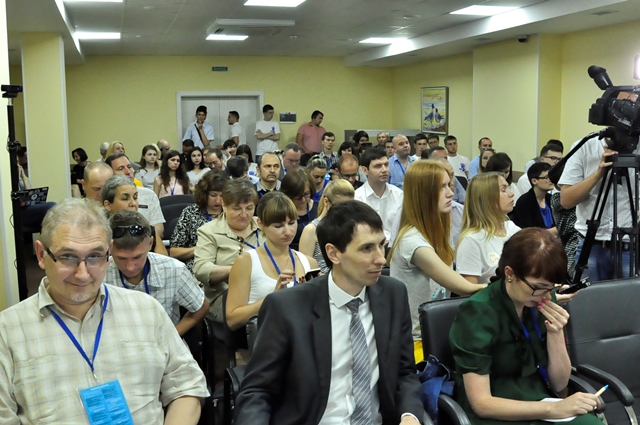 Among the projects which have already joined Vinnytsia, Pavlo Yablonskiy noted petitions and appeals, the electronic system of public procurement "ProZorro", "Open Budget", "Open data". He also mentioned the local program "Budget of Public Initiatives", which was launched this year and involves the implementation of 12 socially important for community projects initiated by citizens of Vinnytsia. 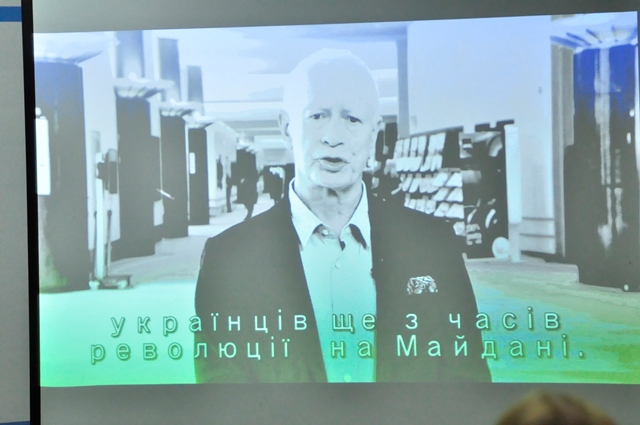 "Thanks to the reforms which taking place in Ukraine, much attention is given to e-democracy. E-government is an important field. Local initiatives are most effective for establishing better relations between the government and the community. With e-democracy citizens can not only control the efficiency, but also affect the development of territories ", - said Michał Boni.

Deputy Chairman of the State Agency for e-government Oleksiy Vyskub said that several years ago the main content of events like this was mainly discuss the perspectives of e-democracy in Ukraine, familiarization with the best international practices and are it is very pleased that today Ukraine has its own best practice .

He also said that e-participation should learn both the authorities and the public, because it is a two-way process. The development of e-democracy in Ukraine today is not very systematic, so now the task is to develop a road map in the field of e-democracy, proposals which have a form including the participants of the forum. Also Oleksiy Vyskub said that over the next three years in electronic form plans to transfer more than 70 high-priority and socially important services.

Deputy of the national Parliament Serhiy Kudlayenko drew attention to the importance of monitoring this issue with the public, because today NGOs and activists initiate the changes that must take place in the country. "But important is that people, NGOs, must be aware of those services, which are now operating in the country and local level," - said Serhiy Kudlayenko.

"We musn`t separate online democracy of e-democracy. In fact, democracy is very important in general. In Vinnytsia it exists, which is nice to note with regard to the work of the authorities. The second point that Vinnytsia has a very good intellectual and IT-capital, is evident from the work of NGOs, IT-specialists, "- said the expert of Swiss-Ukrainian program" E-governance for accountability and participation »(EGAP) Yordanka Tomkova. She also noted that one of the sequels of this forum will be hackathon, which will take place over the next weekend in Vinnytsia iHub. 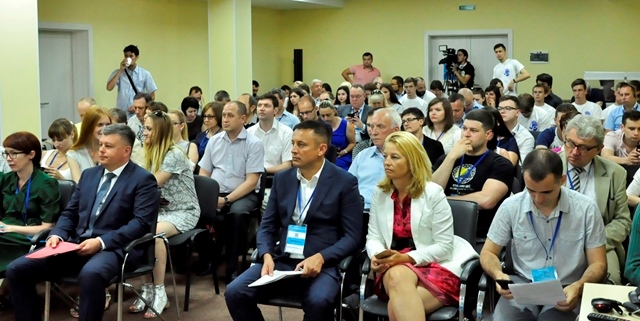 "This is a great way to attract public activists, NGOs, IT-specialists of local governments to ponder some interesting and effective solutions for the city." Winners of the hackathon program experts EGAP will provide organizational and technical support during the active phase and help to those decisions were applied and effective, as reported specialist assessment East Europe Foundation Victor Karpenko.

During the event, a plenary meeting of the "e-democracy as a process from open data to e-participation", the main speakers which were John Stinen, the Ministry of the Interior and Kingdom the Netherlands, Yordanka Tomkova expert Swiss-Ukrainian program "E for government accountability and participation »(EGAP), Paulina Sobeshuk, TechSoup Europe, Livia Turkanu, Centre for e-governance, Moldova, Diana Zubko, an expert on democratic governance UNDP, Yuri Lisovskyi, civil network OPORA, Oleksandr Shchelokov, head of the project« E- data ».

On the first floor in the first day of the Forum was an exhibition, which presents modern IT development, designed in Vinnytsia.

The second day started with a presentation of the Chairman of the State Agency for e-government of Ukraine Oleksandr Ryzhenko, who spoke about the importance and implementation of e-democracy at the national and regional levels.

Aboout innovative technologies and citizen participation in the processes of e-democracy in Poland told Beata Lenchuk-Bahminska from Fund of Development the Information Society.

As social activists are trying to solve the environmental problems of the city Kriviy Rig told Evgeniy Vasylenko. With help of video recording you can do monitoring of energy facilities, environmental control and collect the necessary information. How can do this with help of drones said Anton Horpynich. Vyacheslav Osavulenko told about the project MarsHopper, ie a model airplane that can move on the surface of Mars. He also described the trends of information technology and the possibility of their use for the social cohesion of citizens around important issues.