On September 16th, EGAP’s National Competition of IT e-democracy projects DemoDay was held in Kyiv.

The winning teams received cash prizes for the further development and implementation of innovative technical solutions to help citizens gain access to new high-quality services, interact effectively and directly influence the government, and allow government to reach new levels of transparency and efficiency.

Notably, out of the 16 projects that passed the incubation period, 5 were from Vinnytsia.

You can read more about the projects on the EGAP Program Website.

Two teams from Vinnytsia were awarded third place and the prize of 125 000 UAH. One third place project, "How many resources does your house consume" is intended to control the cost of utility bills for residents in order to save resources. The authorities will be able to analyze building consumption of gas, water, electricity, and heat to promote energy efficiency measures.

The other 3rd place project was the «I4C Informer for citizens» project. This is a mobile application designed to allow citizens and businesses to inform the authorities about various important events the city, as well as emergency situations for prompt response by public services.

The «Eco Citizens» project was awarded second place and a prize of 200,000 UAH.  The purpose of the project is the creation of an informational system for environmental monitoring based on the Arduino processor. It will monitor the environmental situation in towns and promptly respond to environmental incidents.

First place and a 250,000 UAH prize was awarded to the «OpenDataBot» project from Dnipro. The purpose of the service is to monitor company registrations to prevent raids and seizures, as well as improper control by contractors.

A 25,000 UAH prize was received by the "Electronic Historical Archive" project, which aims to create an electronic database of archived funds in Ukraine. The project is a 5 year project with the prospect of development and expansion. 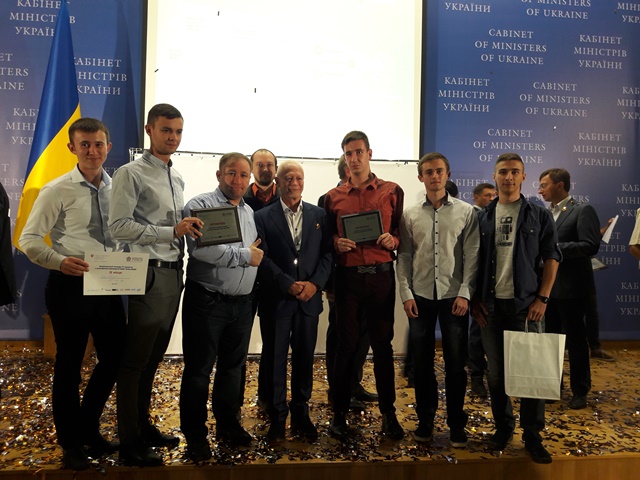 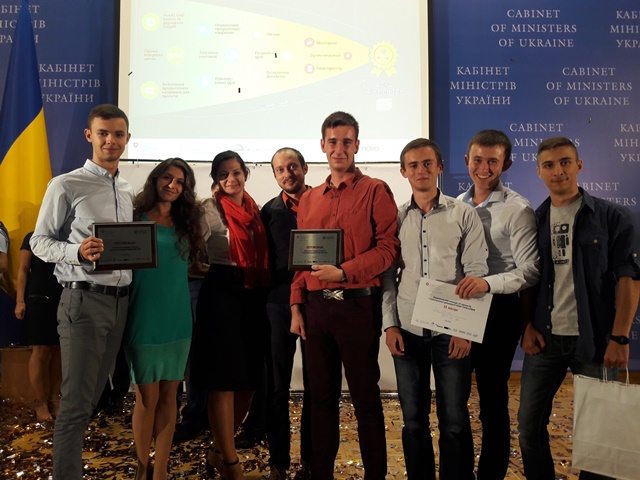 A 25,000 UAH prize was received by the "Electronic Historical Archive" project, which aims to create an electronic database of archived funds in Ukraine. The project is a 5 year project with the prospect of development and expansion.

The "Transliteration of cities" project was awarded a 50,000 UAH prize. The essence of the project is the use of proper names of settlements in Latin letters and improve the efficiency and quality of data on Internet resources.

The format of the competition consisted of several stages.  It began with calls to the regions and the identification of the most pressing issues requiring the development of IT solutions. The contest received about 70 applications. Over the summer, 4 creative weekends were held, where project ideas were presented, and winners selected and paired with mentors. After a 2 month incubation period, the projects were presented in a nation-wide event. Business partners also contributed with the provision of products and services, as well as peer support.

Project partners are leading IT companies, including IBM, Cisco Systems, De Novo, and Intel. To promote the project, they provided their own technologies and products to participants, which served as a key driver to develop modern and innovative IT e-democracy tools. The pilot sites for the competition are Vinnytsia, Dnipro, Odessa, and the Volyn region (oblast). The methodology of the competition was created with the assistance of experts from the British Open Data Institute.

The EGAP CHALLENGE is one of the initiatives of the "E-governance for government accountability and community participation» (EGAP) program, implemented by the East Europe Foundation, the Innovabridge Foundation, and the State Agency for e-government and partners, and the support of the Swiss Confederation. The program aims to use new information and communication technologies (ICT) that will help improve the quality of governance, improve the interaction between government agencies and citizens, and promote social innovation in Ukraine.